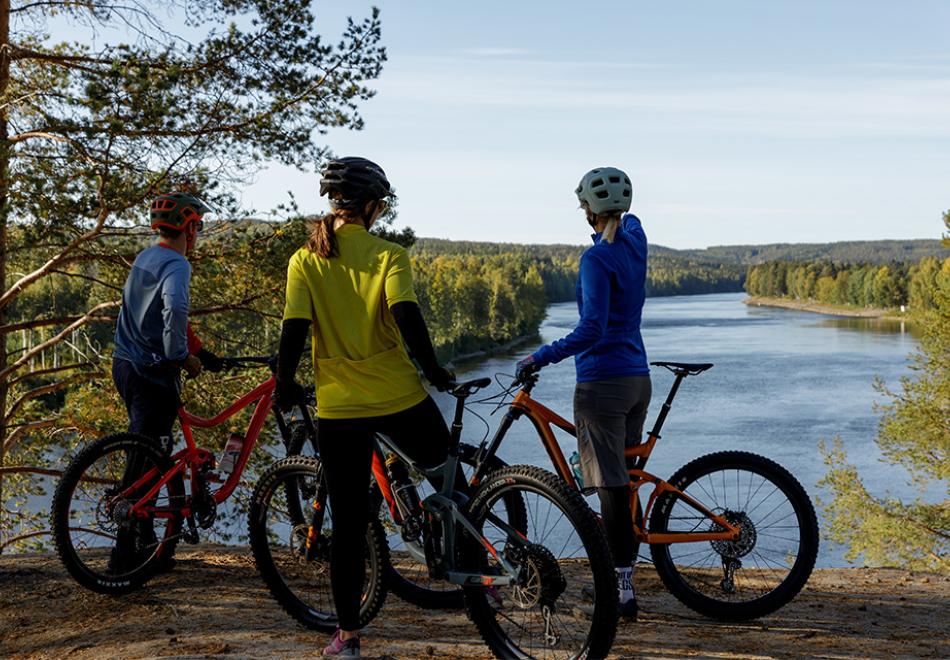 Cycling in Umeå with the family, a group of friends or on your own. With Umeå as a starting point, there are many pleasant cycle trails and roads to explore. Here we list some of our favorites. 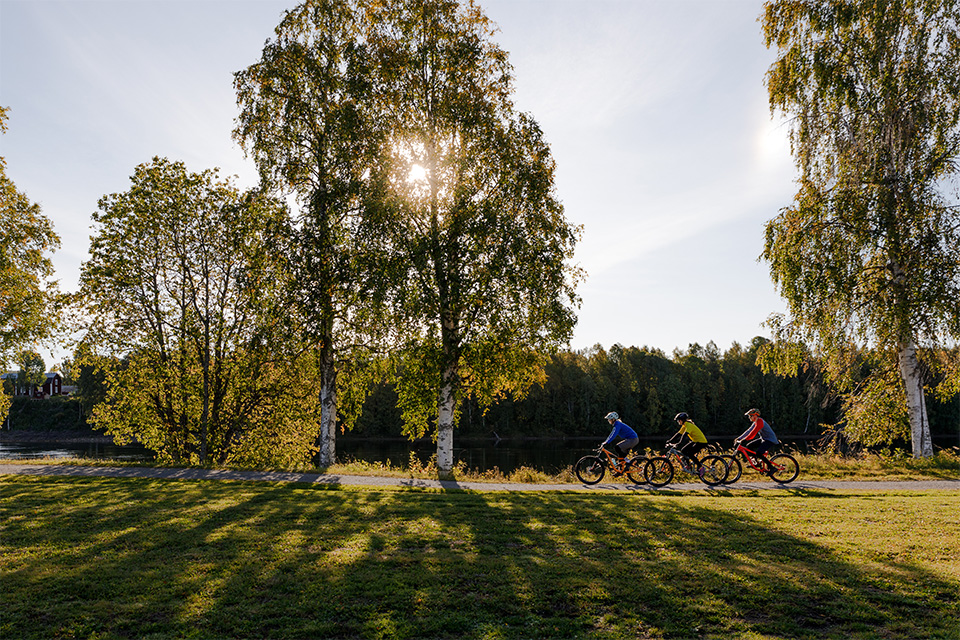 The Ansmark route 45 km
Varied and easy route, ending beautifully along the river Umeälven.. Make a stop for a cup of coffee at the Umeå Energicentrum, and maybe a spontaneous dip in the river by the small beach above the bridge Notvarpsbron.
The Ansmark rout on Google Maps

The Kassjö route 60 km
Beautiful and sometimes demanding route. However, the last part of it is easy. Last 20 km you bike along the Umeälven river valley. Stop for something to eat or coffee at Brännlands Wärsdhus.
The Kassjö route on Google Maps

The Bäcksjö route 75 km
A perfect excursion that is a bit longer. It takes you to the nice lake Bäcksjön, through the Sävarån river valley and along the historic coastal road from Sävar to Täfteå. Outside Sävar you pass Krutbrånet, where the first battles were fought at the battle of Sävar in 1809.
The Bäcksjö route on Google Maps

The Stöcksjö route 40 km
An easy ride through flat, cultivated landscapes and the Ängsbacka nature reserve. Around half way you can make a detour to the beach at the northern end of lake Stöcksjön. On the eastern shore of the lake you will find Dragonudden, one of few naturist beaches in Umeå.
The Stöcksjörundan on Google Maps

The Holmsjö route 35 km
Short and urban with elements of asphalt. This route gives you nice views of the Umeälven river and a detour to Ön. Make a stop at Smultronstället garden café.
The Holmsjö route on Google Maps 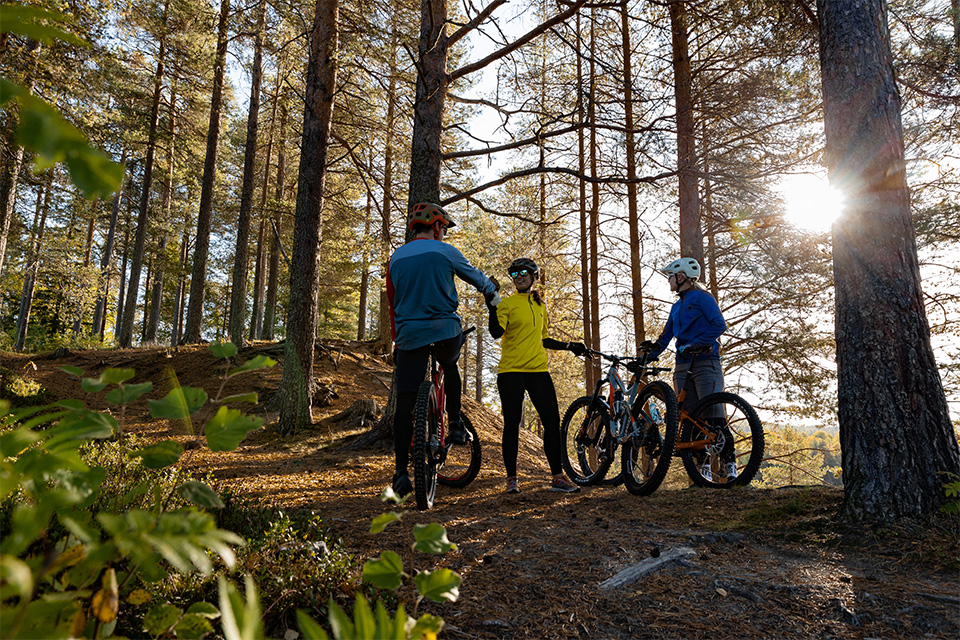 The Holmsund route 40 km
Easy and flat route, overlooking the Umeälven river delta when you pass the bridge between Holmsund and Obbola. Have a break at the garden café Smultronstället or the coffee shop Skärgårdscaféet in Holmsund. You can also get off your bike by the bridge Bergöbron and watch the views from the viewing tower.
The Holmsund route on Google Maps

The Sörfors route 30 km
The most classic biking route in Umeå! Beatiful and nice. In the old village of Klabböle you pass the oldest birch in Umeå. If you fancy a “fika”, make sure to stop at Brännlands Wärdshus or the Umeå Energicentrum in Klabböle.
The Sörfors route on Google Maps

The Bussjö route 40 km
Fast, fun and varied. Make a detour to Norrmjöle sea bath for coffee and ice cream, or some food at Norrmjöle Golfrestaurang.
The Bussjö route on Google Maps

The Tavelsjö route 70 km
Slightly hilly route with nice views over lake Tavelsjön. For cyclists who want to sit down and breathe for a while, Root at Sundlingska gården serves coffee and food by the beach of lake Tavelsjön.
The Tavelsjö route on Google Maps

The Bullmark route 80 km
This route is a bit longer and takes you through flat forest landscape. On the way through Sävar you can feel the wings of history as you pass the memorial monument over the battle of Sävar 1809.
The Bullmark route on Google Maps 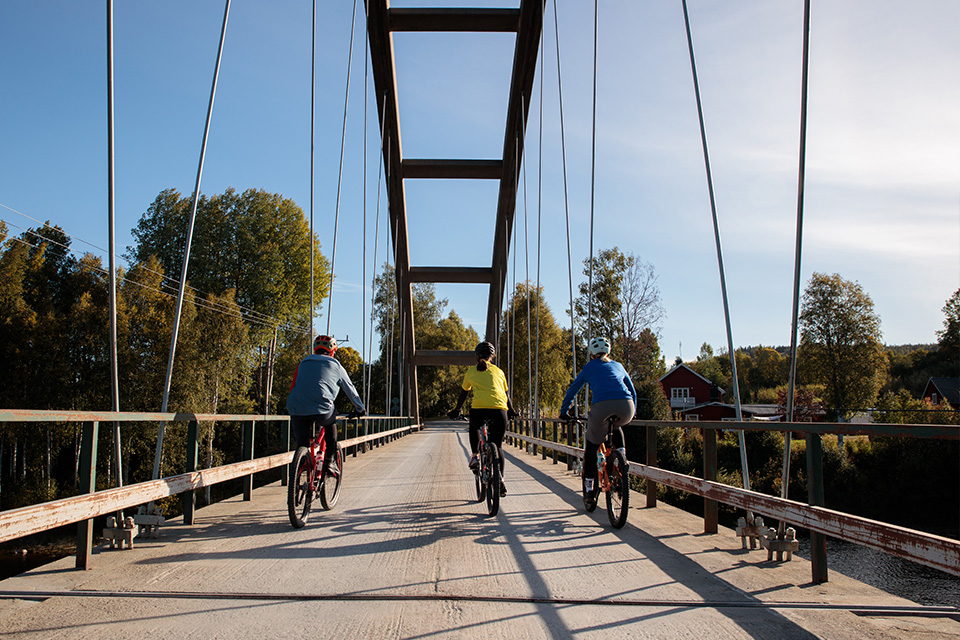 You ca download gpx files for each round. To read the gpx file, you need an application on your computor or an app for your phone.